The RCA Studio IV is a console that was never released by RCA. Information here is based on the Studio IV Interpreter and prototype schematics for the video card.

The Studio IV Interpreter by Joe Weisbecker was extracted by Andy Modla from tape S.572.21B from The Sarnoff Collection, The College of New Jersey.

The prototype schematics part A and B were made available from the Hagley Museum and Library: Sarnoff/RCA Collection - Joseph A. Weisbecker's archived manuscripts and materials - M&A 875, Folder 19

The Studio IV is very similar to the Studio III and MPT-02 consoles. Differences include a more extensive pseudo code interpreter in a 2 KB ROM and an improved video chip. 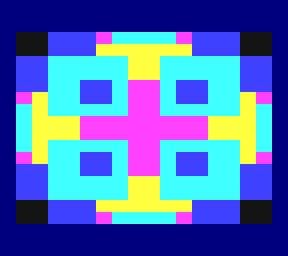