The Netronics Elf II uses a 74C923, 20 Key Encoder in combination with a 74C173 Quad D Flip-Flop to control the hexadecimal keypad. The flip-flop is used to 'store' the second last key pressed and the key encoder itself 'stores' the last key pressed. This is shown in the keyboard circuit below, where 'TO A3' is connected via a quad switch (CD4016) to D0-D3 and 'TO A4' via another quad switch to D4-D7. The quad switches are controlled both via INP4 and/or the LOAD switch.

So at every INP4 the last 2 hexadecimal keys pressed are received, the same is valid in LOAD mode when the 'IN' button is pressed. 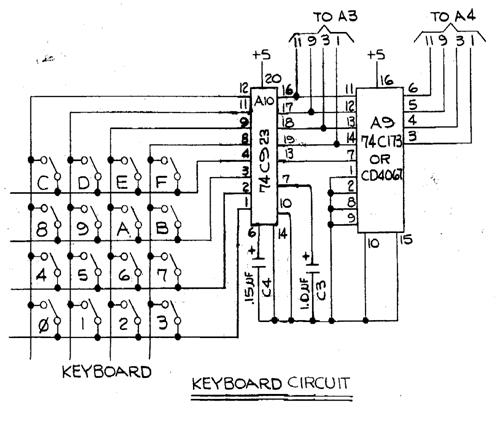